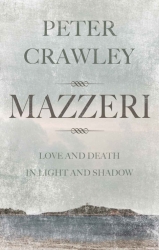 Mazzeri: Love and Death in Light and Shadow

"He had heard the spirits calling his name from the maquis and he had heard their footfalls as they passed by his window in the night. The spirits had summoned him. He could not deny them."

It is the last summer of the twentieth century in Calvi, northern Corsica, and an old man sits watching the kites fly. The festival of the wind is a lively and colourful celebration, but the old man’s heart is heavy, he has heard the Mazzeri whisper his name. He accepts that people prefer to believe the dream hunters belong to the past and yet he knows only too well that at night they still roam the maquis in search of the faces of those whose time has come.

Ten years later in the high citadel of Bonifacio, in the southern tip of the island, Richard Ross, armed with only the faded photograph of a Legionnaire standing beneath a stone gateway, finds the locals curiously unwilling to help him uncover his family’s roots. He rents a villa on the coast and meets the singularly beautiful Manou Pietri, who enchants him with tales of the megalithic isle, its folklore and the Mazzeri – the dream hunters.

For a while Ric’s life beneath the Corsican sun is as close to perfect as he could wish. Then a chance encounter with a feral boy turns Ric’s world upside down, and he is drawn deep into a tangled web of lies and deceit, where truth and legend meet, and from which the Mazzeri offer him little hope of escape.

Set in Corsica, Mazzeri is a contemporary novel about this complex mediterranean island, its people and its traditions, which has been influenced by the author’s own experiences.